What is the principle of making circuit boards?

Circuit boards have a very important effect in the whole electronic products, so what is it? Simply speaking, it is for the need of high density and compressed space, many conductive lines are assembled and pressed together on one board, and then various components are assembled and welded to this board. It can be seen that it is complete. When all the electronic components are integrated, the circuit board is the first one to be questioned when the function of the electronic products is faulty. So how is PCB made? Today Jiangmen PCB manufacturer will give you a detailed introduction.

2. Electroplating means conducting the holes with chemical copper, so that the two sides of the circuit can be connected as a whole.

3. Make a circuit on the copper plate. This process, also known as graphic handling, is to remove excess copper and make copper wires on the copper surface according to the planned route. 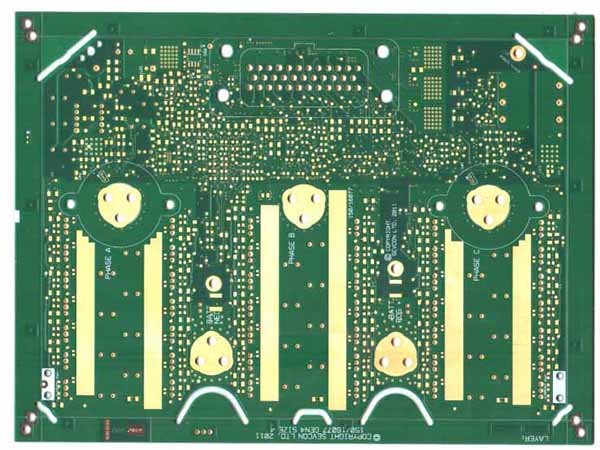 5. Characters are also words. They are the marks of PCB assembly components. When you take apart your desktop computer, you can see such a board with words, which is the PCB we need, also known as PCB.

6. After the PCB is made, the size should be defined. Next comes the open-loop section, also known as moulding. It is cut into small pieces, and then tested its electrical performance to see if it can be turned on and if it is useful after power-on.

After completing the above process, the PCB is basically manufactured. After the PCB has been tested, the appearance of the PCB should be checked to see if there are any defects. Then the PCB can be packed and loaded into trucks.